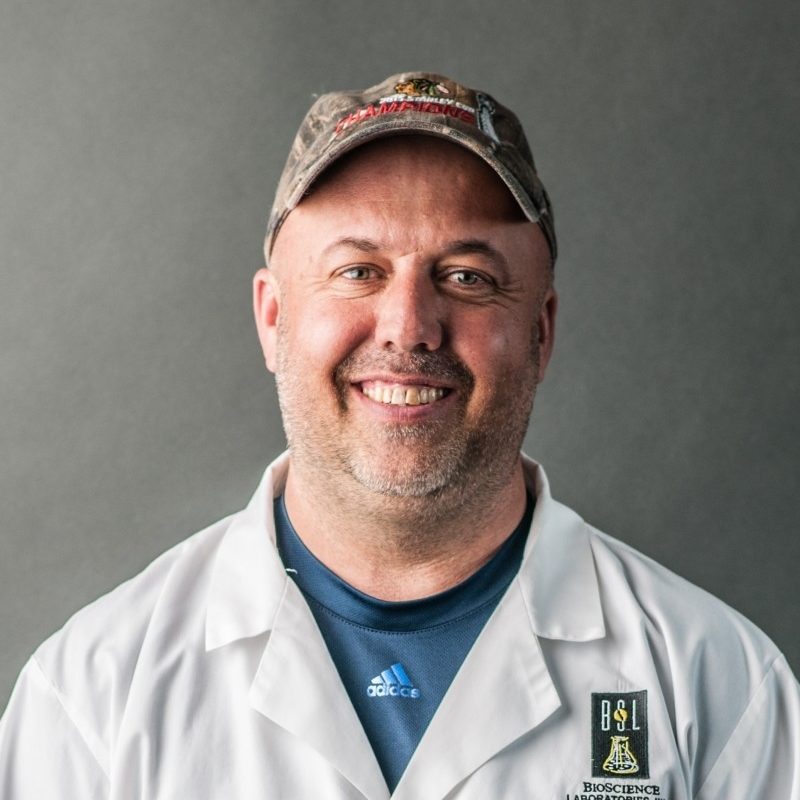 Marc Charnholm received his Bachelor of Science degree in Biology at Montana State University in Bozeman, MT. He was first employed at BioScience Laboratories in 1996, starting work in the Clinical Laboratory as a Lab Technician and eventually moving on to work in the In-Vitro Laboratory. Throughout his experience at BioScience laboratories, he ultimately settled in the Media laboratory where he became the laboratory Manager. Over the years Marc has gained extensive experience in the conduct of Clinical and In-Vitro GLP and Non-GLP studies, media preparation, and also has considerable knowledge in the mechanical operation of Autoclaves.