Why Do Companies Use the Health Care Personnel Handwash Study to Evaluate their Products? - Bioscience Labs

Why Do Companies Use the Health Care Personnel Handwash Study to Evaluate their Products?

A healthcare personnel handwash is designed to reduce the number of transient, potentially pathogenic microorganisms “picked up” from the environment on countertops, other people’s hands, door handles, and just touching. We can see that a product degerms the hands, but what exactly is that?

Let us first look at the hands from a microscopic perspective to see and understand how the skin functions in terms of handwash products (Figure 1). 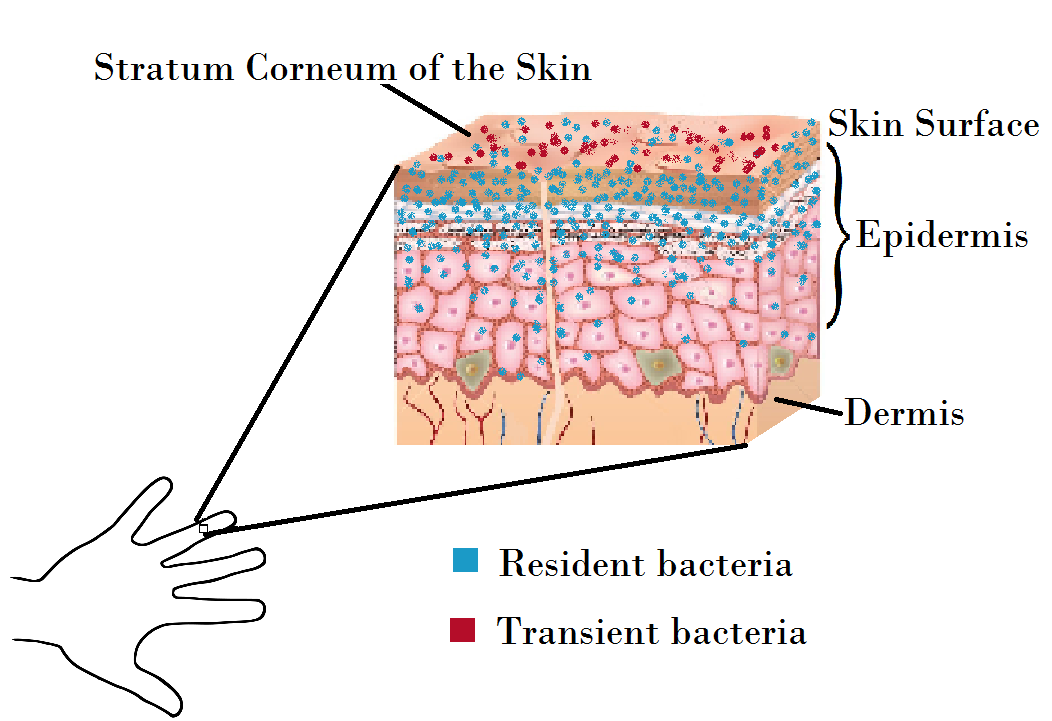 There are two general types of microorganisms that reside on the skin, permanently and temporarily:

These are the bacteria, fungi, molds and viruses that do not reside on a person’s skin surfaces naturally. They are picked up on a person’s hands when an individual touches something – a sink, a door, another person’s hands, or by coughing into one’s hands. 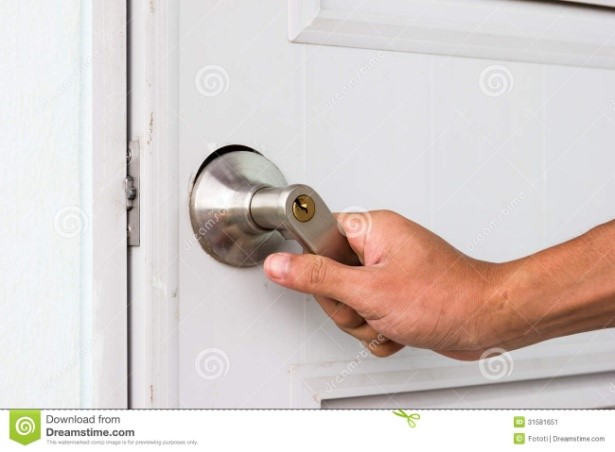 This leads to contamination. 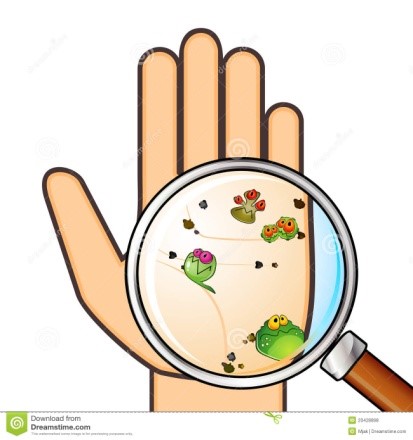 When the hands are contaminated by transient microorganisms, the resident bacteria prevent them from establishing a niche. Yet, while they are on the hands, they can be exposed to a great many people and become a serious threat.

Note that all the contaminant bacteria that one picks up are not dangerous, but many can cause infections.

In the foodhandler arena, these microorganisms can be transmitted from an employee to a large number of people buying processed food. In the healthcare field, they can be picked up by a physician or nurse and passed on to a patient, who then passes them on to others.

The deeper bacteria, the resident ones, normally live on the skin surfaces or throughout the skin squames and provide a unique and valuable contribution to the protection of the person. As long as those bacteria are present, an individual’s skin ecology remains in equilibrium. If they are removed or killed, then more hostile microorganisms, such as fungi, can cause severe skin infections. So it is better that we do not kill or completely remove them.

What types of products are used to eliminate these transient bacteria?

Alcohol products are very effective against transient bacteria. They were not used in the past because they dried the skin. When skin emollients were added, they became very popular because of their effectiveness and versatility, as they can be applied with or without water. Alcohol products kill the transient and some resident bacteria immediately, but when they dry, the products have no residual antimicrobial properties and do not generally affect the remaining resident bacteria.

Washing the hands with soap and water is effective, as well as using chlorhexidine gluconate (CHG), iodine, triclosan and other products. Iodine and CHG products, however, are generally considered too strong for this application, as they can chap the hands from prolonged use. Iodine and CHG products are designed, instead, to degerm the resident flora for surgical scrubs or preoperative preparation evaluations.

When there are two types of bacteria, transient and resident, residing on the skin, how can we know that we are removing the transient, disease-causing bacteria?

The procedure, according to FDA guidelines, is to use Serratia marcescens, as the marker organisms, because it has a red interior color. This identifies them as the transient bacteria, rather than looking at resident bacterial, like Staphylococcus epidermidis and other normal microorganisms, which appear white or yellowish on the plates. In the FDA-approved healthcare personnel handwash procedure, the red colonies, or the transient bacteria, are counted, and the resident bacteria (white or yellowish) are not counted.

The bacteria is applied to the hands multiple times to simulate the number of times a healthcare worker might use the antimicrobial soap product on a daily basis to clean the hands. Each time the marker organism is added or the hands are washed, the glove juice sampling procedure is used. Serial dilutions are made, and samples are plated and incubated.

After the samples have been plated and incubated for approximately 24 hours, the plates are counted to see if the product(s) sufficiently killed the bacteria that was placed on the hands. As long as appropriate neutralizers were used in the collection of samples, the data collected from this test is a good indicator that the product helps control and/or prevent transient and resident microorganisms from spreading.

In conclusion, the FDA has mandated that a healthcare personnel handwash is an important test to help manufactures create effective products that help prevent the spread of disease via transient organisms.